As Apple continues to provide users with more ways to extend the functionality of the underlying device operating system, I thought that maybe it is time to explore what it can do without resorting to writing your own third-party application or purchasing/subscribing to another.

I know that it might be crazy, but if it means saving money from purchasing or subscribing to another software because it has more features beyond the basic functionality that is needed and offered by the stock operating system (and bundled software), then it is worth the exercise.

Let’s start with calendar. I have been a Fantastical user for quite some time. It has features that the built-in calendar application, let’s call it Calendar.app (on both iOS and MacOS), does not have. When Fantastical became a subscription-model (there is nothing wrong with this as it is a viable way to continue supporting the development of the software and services), I figured that I’d stick to Calendar.app since I am not a Fantastical power-user anyway. There is a limited, free Fantastical tier, which I was using before, but one less application to depend on it still a good deal. Frankly, the consistent Microsoft Office 365 nagging was the final nail on the coffin (I know it isn’t Fantastical’s fault, but for some reason without Fantastical, I get pestered less).

One feature that Fantastical has now is the way it handles video conferencing schedules. I know that I can add Zoom to my work Office 365 account, but being a stickler for privacy, I’d rather keep things separate (yeah, there is a one-way link because of the email containing Zoom meeting details, but that is as far as it goes). That being said, I wrote a shortcut that parses the Zoom meeting information and creates the event on Calendar.app. So, now I have the Fantastical functionality! :)

Another is 1Password. I have written about experimenting on using only the iCloud Keychain Password, and with the latest OS upgrades, it now has support for notes. I am still using 1Password as I still use Firefox as a secondary browser, and I couldn’t get the built-in password maanger to interface with it. I am still waiting for Apple to support Family Sharing of specific passwords. I am still on the fence on shifting to BitWarden from 1Password, but that is for another day.

Currently, I am using two e-mail applications, the built-in e-mail client, Mail.app, and FMail, a Fastmail third-party e-mail interface. This is how I separate personal and work email, but I could merge them together, but Fastmail has so much more functionality that Mail.app does not have.

Are you running an Electron app on Apple Silicon? Does it need Rosetta? Asking for a friend.

Ooopsie, got caught red-handed again. Is there a GDPR violation? Feels like 38C where I am now, and all I could do is dream that I were here now. #noxp Wow! Got Simplelogin.io and Cloudflare.com accounts activated with PassKey on iOS 15.4 (FaceID) and MacOS 12. 3 (TouchID). Thanks. Now, if only Fastmail.com will do the same.

Finally! Much needed 🌧 (not some drizzle!).

I know it is scorching hot right now, but man, I am craving for their signature Happiness 🍜 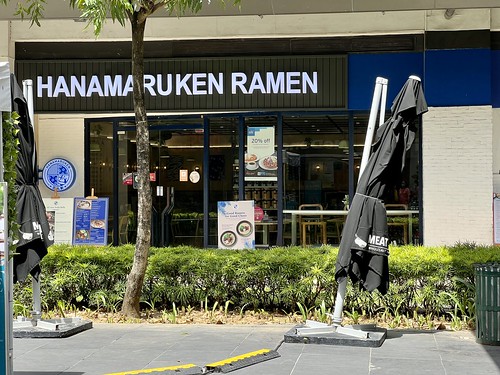 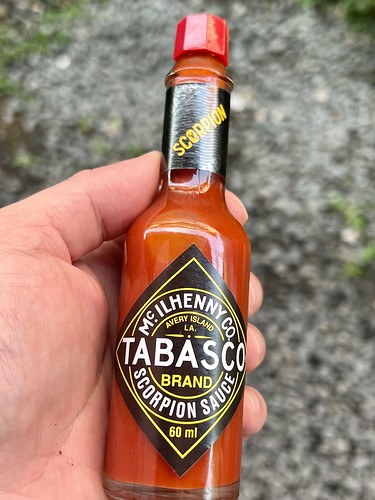 Yay for clean bill of health for both mutts! 🐶

I’m back on Overcast for my podcast listening again. Shifted to Apple Podcast app for a few weeks - library still there, not removing it yet, though.

This is great! Now let’s try this with Facebook and Google. :)

Almost done updating - only two more devices left to update, the M1 MacMini and iMac seem to be taking forever, which is weird. The HomePod updates are downloading now.

So what was Intel’s reaction?

So it is not a Reincubate Camo issue then. It is not a Zoom issue, too. Hmmm will turn on logging to figure this out (this is the recommendation of tech support) — but will have to wait til another 2+ hour meeting (hopefully not too soon).

It is either banana+raspberry or banana+blueberry shake for snack. Hoping that I’d get some fresh strawberries from Baguio this weekend. :)